The McKinney Public Library was founded on May 14, 1928 through the efforts of the City Federation of Women’s Clubs and other concerned citizens. The first location was over the Duke & Ayres store on the east side of the downtown square at 111 E. Virginia St. and was supported by a $1.00 membership fee and donations of books and materials. Over the next 30 years the Library was funded by support from the City Federation of Women’s Clubs, financial gifts, donations and a monthly allowance of $52.50 from the City Council.

Later, the Library moved to the third floor of the Courthouse.

Mary E. Boyd willed her home at 411 W. Louisiana St. to the library in 1931. The house was rented and the money helped pay the expenses of the library. At the time the first library board was formed. Members included: Miss Bessie Heard, Mrs. J.P. Harding, Wilkins Comegys, the Honorable John Reese and Mrs. H.A. Finch, Senior. Eventually Mrs. Boyd's home was sold and the proceeds were put into a trust for the library.

The Library moved to the Fitzgerald residence at 402 W. Louisiana St in April, 1947. The Library was sustained by membership dues, club dues from the Federation of Women's Clubs, and financial gifts and book donations. At this time, the Library was dedicated to the heroes of our country’s wars and the name was changed to McKinney Memorial Public Library.

In the 1950’s the Library found itself in financial difficulties. The City Federation of Women’s Clubs approached the city for support and the city agreed to provide five cents for every $100 of property valuation. A new Library Board was established and bylaws for the Library were written.

In 1954 the Doty Branch of the McKinney Memorial Public Library opened to colored residents and was located in the E.S. Doty Colored School of McKinney. This collection contained 383 volumes for adults, 51 for teenagers and 151 for juveniles.

In 1967 a bond election for a new library building passed, and with a land donation from Joseph Dulaney, a new 9,968-square-foot facility was opened on December 4, 1968 at Chestnut and Anthony streets. At this time the Library became a department of the city and was fully funded from the city’s General Fund.

In 1983, voters approved $1 million in bonds for Library improvements. In September of that year the city purchased the old Bank Texas building one block north of the square at 220 North Kentucky Street. Renovation began in April 1986 and the Library celebrated the building’s grand opening on February 14, 1987.

In February 1999 the city held a successful bond election which provided for a new library in the downtown area to replace the existing facility. The new building at 101 E. Hunt Street was constructed at a cost of $7.1 million and had its grand opening on January 19, 2002.

This 33,000-square-foot building has four wings, a working fireplace, public Internet workstations, a Children’s Department with storytime rooms, and the Helen Gibbard Hall Genealogy and Local History Center. Initially the courtyard had reflecting pools, however, these were converted to planters in later years.

In May 2006 McKinney residents voted to approve $7.7 million to build a second library west of US 75. This second library at 6861 W. Eldorado Pkwy was designed to be constructed in a first phase of 20,000 square feet and eventually to be doubled in size in a second phase of construction. In January 2008 the McKinney City Council chose to name the facility for civic leaders John and Judy Gay. The McKinney Public Library System was formed and on April 15, 2008, the existing library at 101 E. Hunt Street was renamed the Roy and Helen Hall Memorial Library in honor of Captain Roy F. Hall and Helen Gibbard Hall.

The John and Judy Gay Library opened on December 10, 2009 and quickly became a busy, full-service library on the west side of McKinney, offering programming, community events, meetings rooms, tax assistance, and a location for election voting. The John and Judy Gay Library incorporated a geothermal heating and cooling system and numerous other green design features. In November 2015 McKinney voters approved bonds for phase two of its construction, effectively doubling the size of the facility.

The library became more interactive with the expansion. The children's area was given a larger than life lite-brite and an Everbright - an interactive wall with illuminated dials to make light art. A large touch screen television was also added to the library so that patrons could explore McKinney's Geographic Information System (GIS) Mapping Portal. This made it possible for patrons to explore McKinney maps showcasing various services and features of the city, including trash and recycling zones by day of the week and local restaurant scores.

Today, the McKinney Public Library continues to grow and evolve in order to provide the best services possible to the community. Come and stop by the library; make discoveries, learn something new, and have fun! 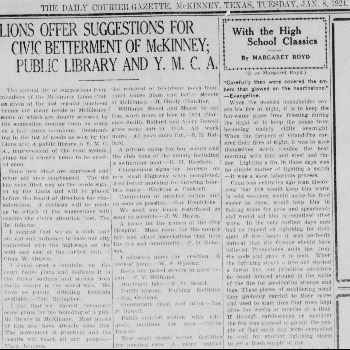 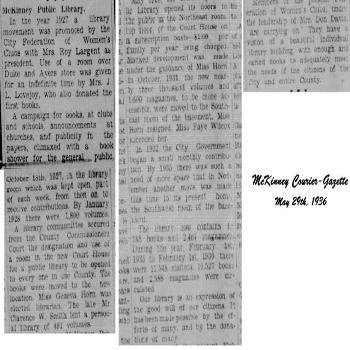 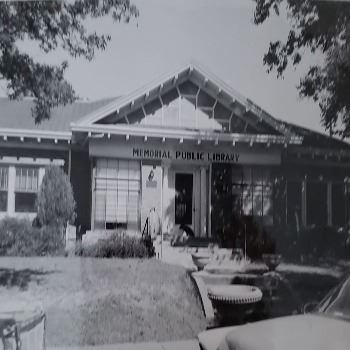 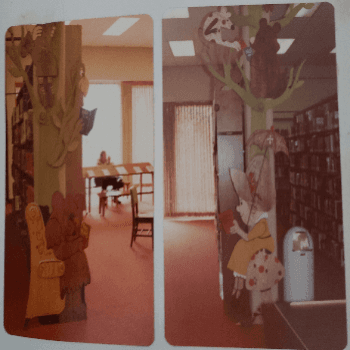 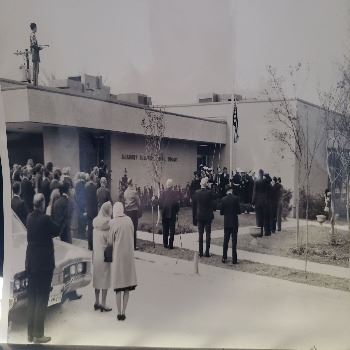 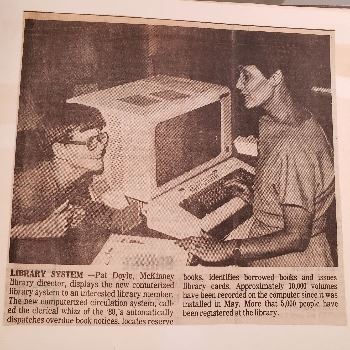 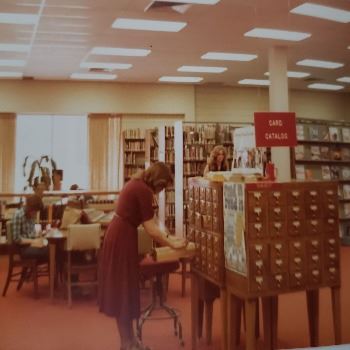 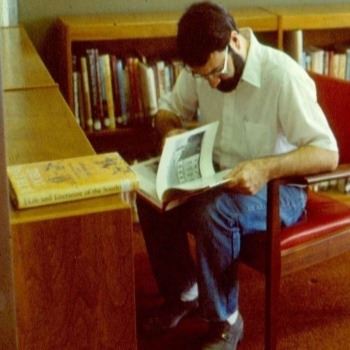 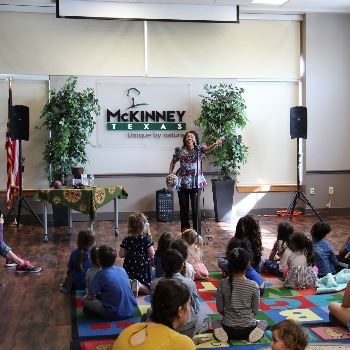