It’s time to “break out the Bavarian” and get your polka and Oom Pah Pah on as McKinney’s Oktoberfest proudly brings you authentic music and dancing that celebrates the German culture and lifestyle!

From a Grammy-winning polka band to Alpine dancing troupes to strolling accordion musicians, you’ll hear and see it all weekend long on our two main stages as well as throughout the festival grounds.

Trying to describe Brave Combo’s music requires a pretty extensive vocabulary – at least when it comes to musical styles. For the past three decades the Denton, Texas-based quintet has perfected a world music mix that includes salsa, meringue, rock, cumbia, conjunto, polka, zydeco, classical, cha cha, the blues and more. They are America’s Premier Dance band and a rollicking, rocking, rhythmic global journey - offering what one critic recently wrote, “Even if you come for the party, you’ll leave with something of a musical education.”

Their catalog of recordings ranges from Japanese pop to Latin American dance tunes, to orchestral classics to rock and roll at its finest. From festivals and fairs of all varieties across the globe, rock clubs big and small, colleges, roadhouses, dances, and cultural centers, (including the annual Midsummer Night’s Swing at Lincoln Center in New York City) Brave Combo has charmed countless listeners and won avid devotees as well as capturing two Grammy Awards along the way. 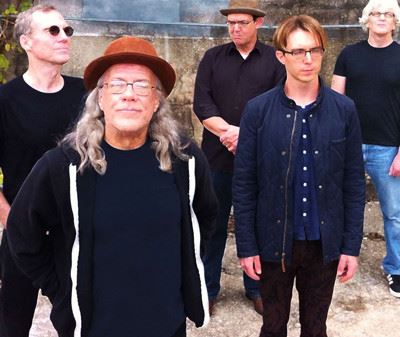 Founded in 2010 by Matt Tolentino, The Royal Klobasneks are dedicated to preserving the traditional American polka sound of the 1920s, 1930s, and 1940s for modern audiences. Closest in sound to the ‘Dutchman-style’ bands popular in the American midwest, the Klobasneks have a lively sound that always gets the crowd going. They feature a repertoire steeped in Czech, German, and Austrian music, as well as great traditional American polkas, waltzes, and pop tunes. 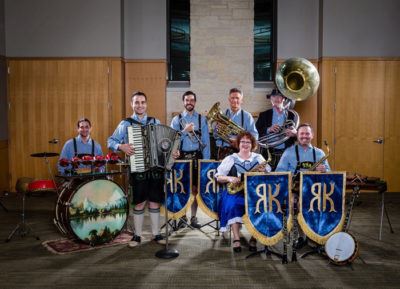 Czech and Then Some

Formed almost 20 years ago, Czech and Then Some plays a variety of music consisting of polkas, waltzes, country music and fun dances. With a majority of the band’s members of Czech descent, CATS enjoys keeping their Czech heritage alive and sharing that love through the gift of music! With 10 albums released so far, they are a mainstay at polka fests and Oktoberfests across Texas and the country and have even performed at the Kennedy Center in Washington DC as well as at the Czech Embassy. 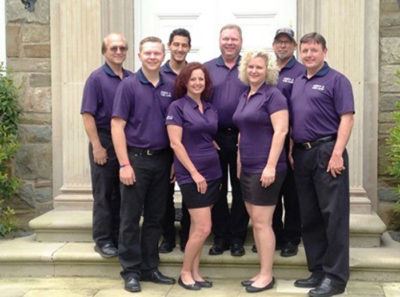 AMK…better known as Alpen-Musi-Kanten, and for some folks, it’s pretty challenging to pronounce – they’ve even been called the Alpine Muskrats! But make no mistake, they are Alpine Musicians and pride themselves on having a pretty wide range of musical styles. They cover everything from polkas, waltzes, sambas, cajun, big band, swing, dixieland …..all the way to rock and blues! It’s all about providing their faithful fans with whatever they’re in the mood for. Seriously, where else are you able to hear “Freebird” on an accordion or a German version of “Another Brick in the Wall?” AlpenMusikanten, THE ultimate party band for McKinney’s Oktoberfest! 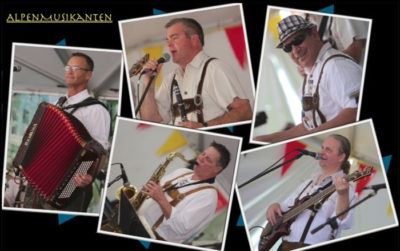 Alex Meixner is one of the most dynamic accordionists on the scene today. Meixner has performed around the world, notably at American festivals like The National Folk Festival and Central Park SummerStage, as well as at uncountable community celebrations and accordion-centric events. His virtuosic yet delightfully quirky style has made him a sought-after collaborator (he worked alongside Jack Black in the 2017 Sundance pick The Polka King), spokesperson (Hormel and Ford have used his music and performance to promote their products) and educator. As a recording artist, he has worked with renowned avant garde accordionist/ composer Guy Klucevsek, popular Irish entertainer Seamus Kennedy and Texas indie rockers The Krayolas. His recording “Polka FreakOut” with Brave Combo’s Bubba Hernandez won him a GRAMMY nomination. 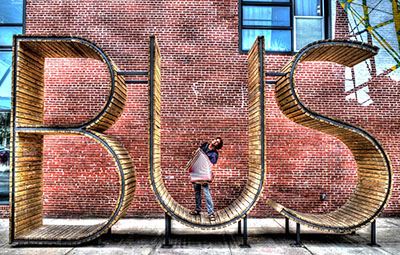 A family-oriented, Bavarian cultural preservation society based in Dallas, STV Almrausch supports cultural diversity and ethnic understanding through the preservation and perpetuation of traditional Bavarian costumes, dances, and customs. Wearing those traditional costumes, STV Almrausch demonstrates the authentic dances and music from Bavaria including the hearty Schuhplattlers (shoe-slapping dances), intricate Ländlers (figure dances), and a variety of specialty dances. We even play familiar German and Austrian songs on the Kühglocken or cow bells!

Find out more about STV Almrauch 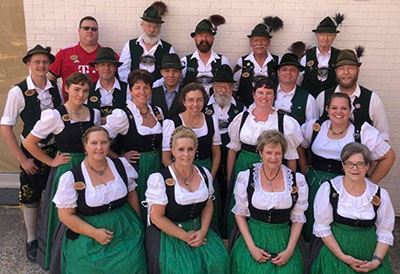 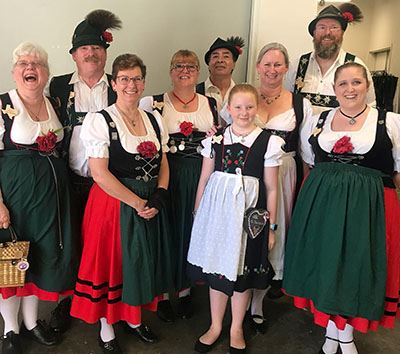 Auf Gehts musicians are classically trained professionals, (some with advanced degrees!) who have been playing our happy music together for more than 20 years, and we LOVE making people smile. Get ready folks, it’s time for happy music! 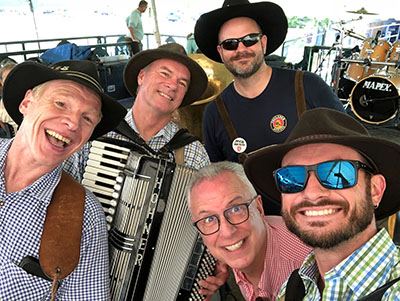