Think You Can Hold a Hofbrau beer?

What if it weighs Five pounds? Try your hand - and arm - at a game called Masskrugstemmen, or “beer stein holding.” Masskrugstemmen is not a drinking game. It’s a test of strength and endurance.

It Sounds Easier Than It Is

The object is to hold the official Hofbrau glass stein filled with one liter of beer (33 ounces) with your arm extended out in front of you and parallel to the floor. No bending the elbows. No spilling the beer. No straying from the parallel position.

After the first minute, which they call the “honeymoon,” a contestant’s arms begins to tremble, the sweat begins pouring down their face and they grimace with pain.

Sounds like fun, right?
Hofbrau and McKinney Oktoberfest are looking for men and women who love beer - and a challenge - to compete in the Masskrugstemmen contest at McKinney’s Oktoberfest on Saturday, September 25! The person with the longest time wins a free trip to Las Vegas for the next round of the Hofbrau competition.

The sport – and they do call it a sport – has been popular at German Oktoberfests for many years.

So, start practicing now if you think you’ve got what it takes, because in Germany the reported record is 20 minutes and 13 seconds! 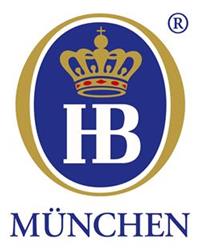